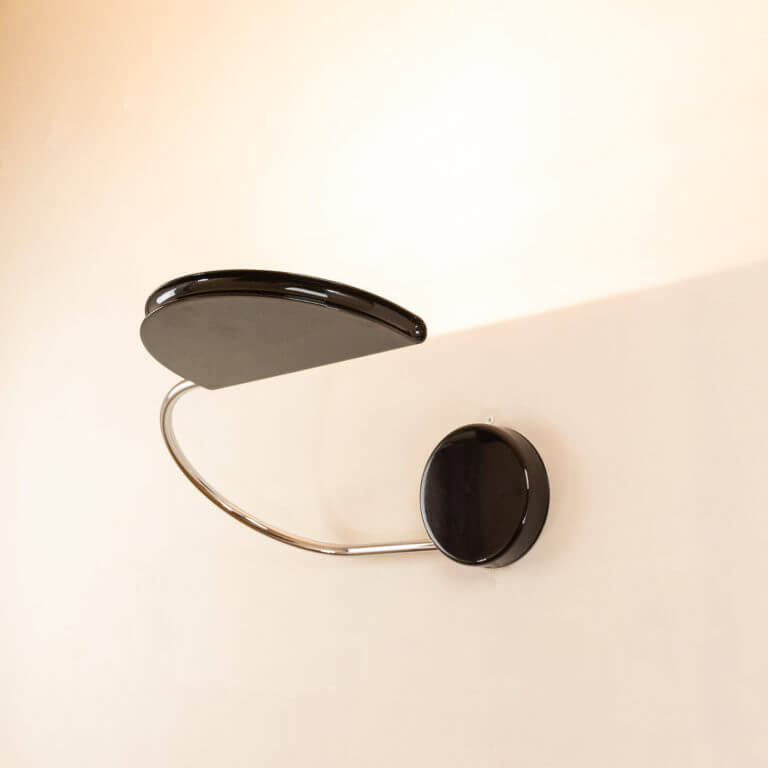 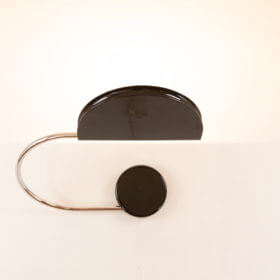 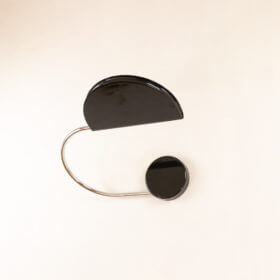 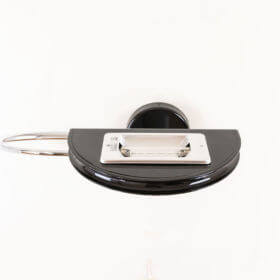 Mezzaluna, or later known as Haluna, wall lamp by Bruno Gecchelin for Skipper.

Bruno Gecchelin successfully introduced the Mezzaluna series in 1974, a year later followed by the evenly successful Gesto series. As indicated in ‘Conceived, Produced, Lighted – 50 lamps by Bruno Gecchelin’ “Mezzaluna is the most explicit example of how it is possible to realize innovative objects using generic equipment.”

The adjustable Haluna wall lamp is available in off-white or black – both versions are partially in chrome.

Upon request we can share more information on the different versions.