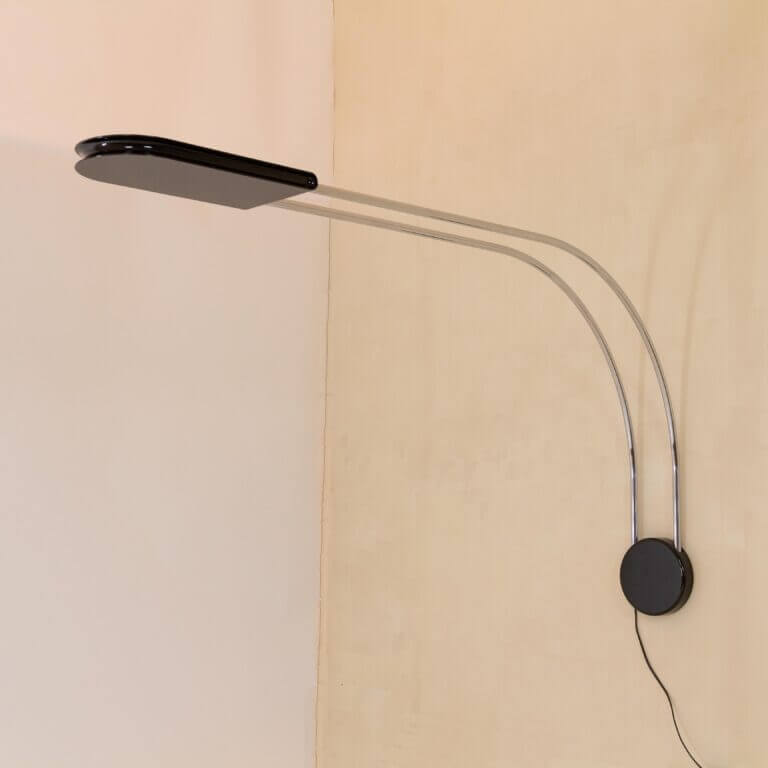 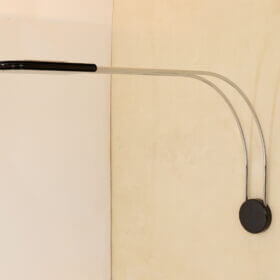 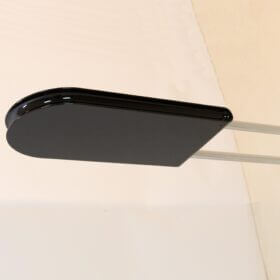 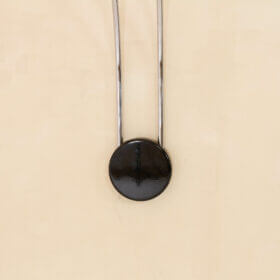 The light bulb is halogen; this model is suitable for 300 watt. The Gesto wall lamp is available in off-white or black – both versions are partially in chrome.

We have several of these wall lamps in stock, in black and in white. The lamps have never been used (new old stock).