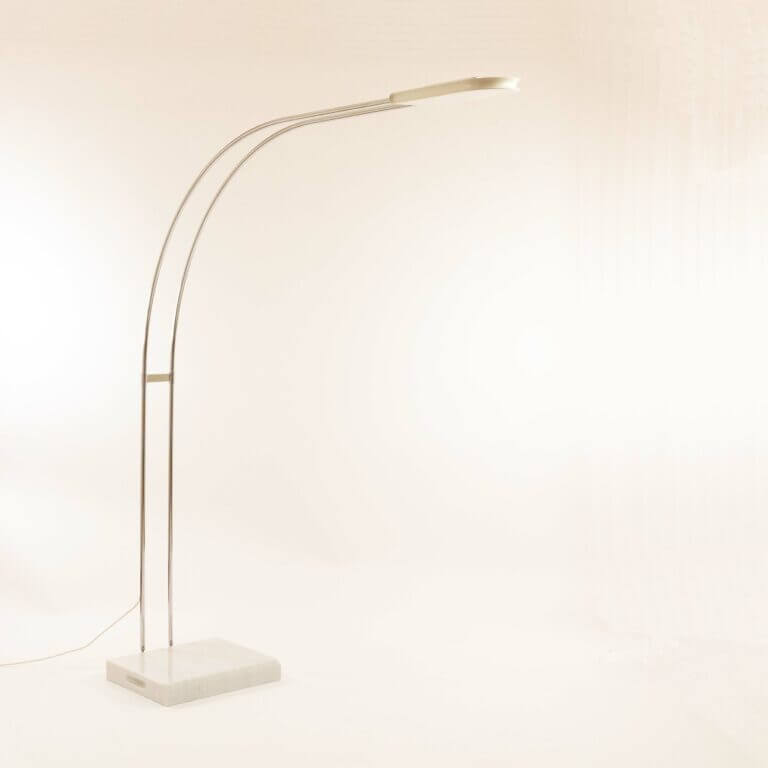 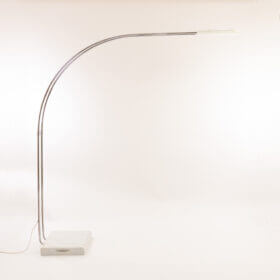 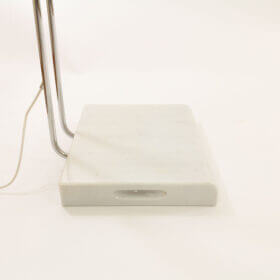 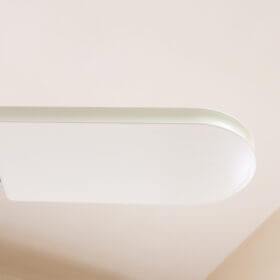 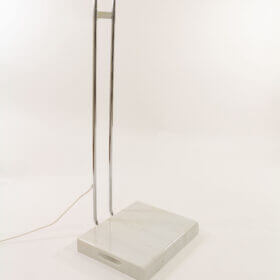 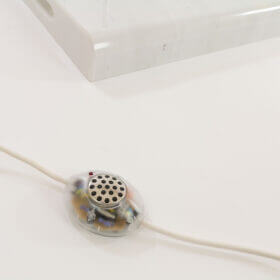 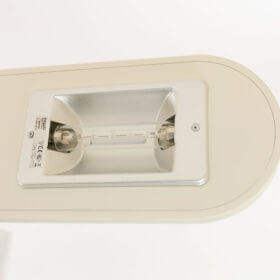 Gesto floor lamp by Bruno Gecchelin for Skipper. The model has a characteristic and extremely heavy marble base and an elegant tubular double arch that ends in a white reflector.

The colors of the lamp are off-white with chrome.

The light bulb is halogen; this model is suitable for 300 watt. The lamps have never been used (New Old Stock) and come in the original packaging.

In the Discover section of our website you can find an exclusive interview with Bruno Gecchelin on his long and successful career in which he managed to never copy himself.