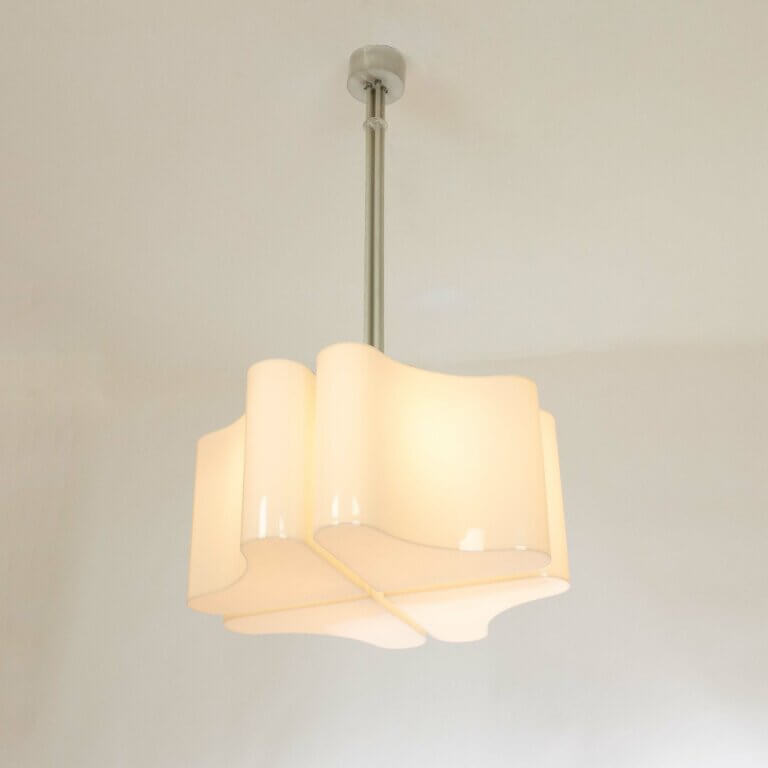 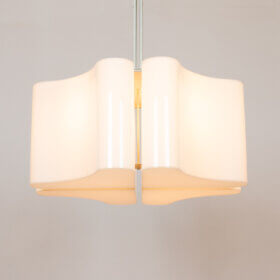 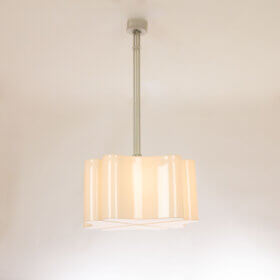 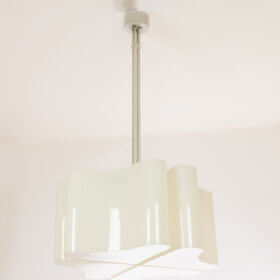 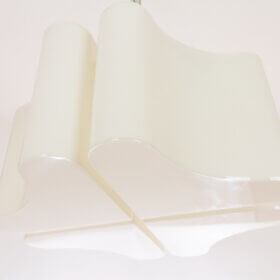 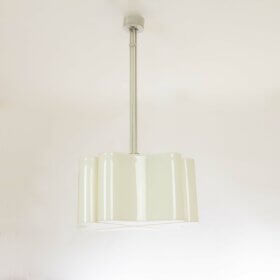 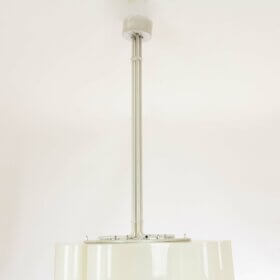 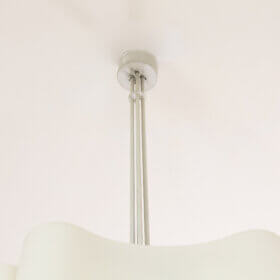 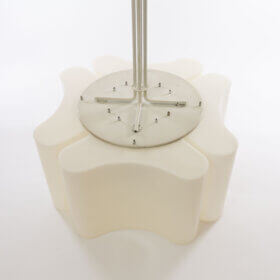 Ambasciata pendant designed by Vittorio Introini for Stilnovo in the late 1960s.

The lamp consists of four equal plastic shades that, when viewed from below, resemble the shape of a four-leaf clover. The four shades are joined by a metal construction that is connected to the ceiling. Each part contains a fitting for an E27 fitting in which preferably LED lamps are used.

Vittorio Introini has cooperated with Saporiti Italia for a long time; their masterpiece being the metal bookshelves from the Proposal series for the company.