A pair of Totem Wall lamps by Gae Aulenti for Stilnovo, 1970s 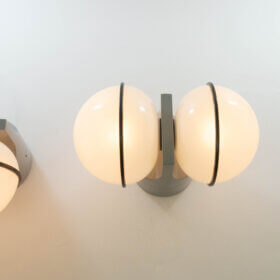 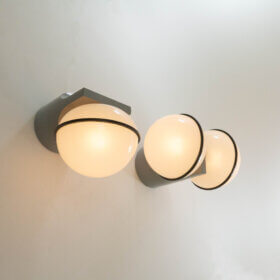 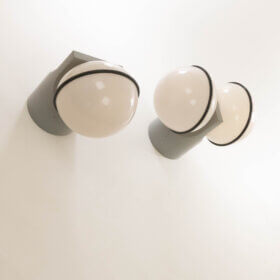 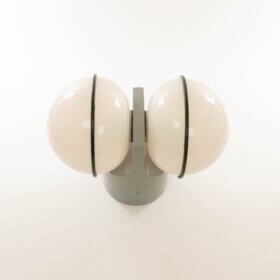 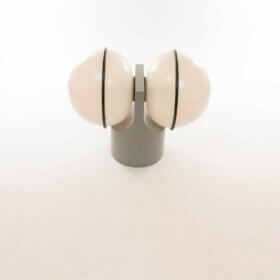 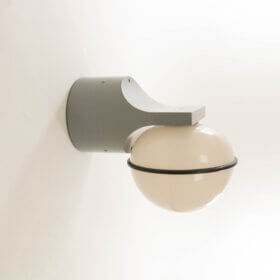 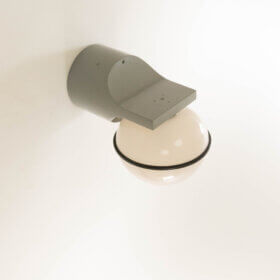 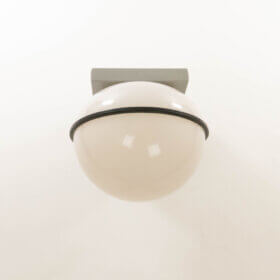 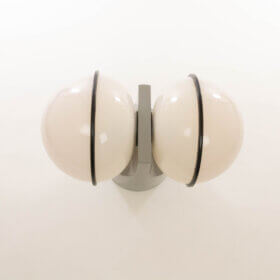 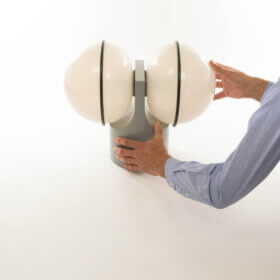 A pair of Totem wall lamps, designed by Gae Aulenti for Stilnovo, 1970s. The lamps were originally meant to be used outdoors, but they can just as well be used indoors.

We found the following description in a Stilnovo advertisement in Domus No. 538: “Totem is a lamp with a very precise and characteristic design, which is placed in natural spaces as a discreet but clearly identified presence. Its logical form, exquisitely crafted, plays by contrast with the compositional freedom of the natural elements, highlighting them and drawing evidence from them.”

As indicated in the same advertisement these wall lamps were part of a range: “A system of outdoor lighting fixtures, particularly designed to withstand the effects of atmospheric conditions. It is available in different versions: wall-mounted, ceiling-mounted or stem-mounted, in different heights. It consists of an ABS tube, which supports one or two opal polycarbonate diffusers.”

Rare pieces. Only for sale as a pair.